Founder of a free clinic on Samos, helping 2,500 patients every month

Sophie is a French doctor with over four years of experience as a humanitarian in Greece. She coordinated the activities of DocMobile after which she identified a great need on the island of Samos; where there are thousands of refugees but there was no medical practice. 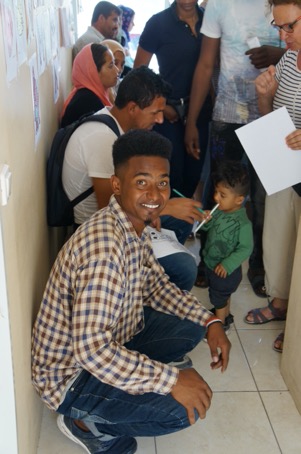 In July 2018, Sophie started Med’EqualiTeam, opening a free clinic where she helped on average some 2.500 patients per month. The camps in Samos were home to >5,000 residents whilst only being fit to hold 650. Diseases and infections, such as scabies, are rampant in the camps.
Sophie and her team were doing an amazing job working the clinic six days a week!

However, due to the Greek pushbacks and the opening of a semi-closed refugee camp far away from town, the Med'EqualiTeam saw decreasing numbers of refugees as of July 2021. Therefore, Sophie decided to wrap up this project, which she is doing in September-October 2021.

How you can help

At this moment, this project is being wrapped up (see above).